Compassion Fatigue: He has not called me David

God called David of the Bible  to see an injustice. To take up his sling and stones and stand face to face with a giant. God called David to actions that put him in the spotlight; to the life of a hero.

God has been weaving a truth in my heart for awhile, and that is this:

He has not called me David.

My personality is a passionate and compassionate one, so I am never at peace unless I am working for a cause. Whether it was as an 8 years old  rounding up schoolmates to pick up garbage on the playground or an 18 year old and traveling to another country to feed orphans, I have always needed something to dive into. I hear issue after issue where someone says “we can no longer be silent about…”, and immediately feel guilt that I know nothing about the topic they’re speaking about. I feel compelled to have a solution and fight for it until something has changed. Whether it’s refugee children who need a home, racism that's dividing our country, gun violence in schools, domestic abuse, and on and on and on. I feel myself being caught up in every debate and every passionate call to arms; every call to be involved enough in a cause that “together, we might change the world!”, as many claim is the answer. For so long I’ve been so passionate about everything, so impatient to see things changed. What started as a child eagerly meeting a need has turned to a needy young woman craving to be the recognized catalyst for a better world.

But even more so, He has not called me Jesus. I think that's the root of my heart problem right there.
I am not Jesus.
I am not here to single-handedly redeem this broken world and make it beautiful again. All the heroes I wish to imitate, they were all created for a purpose and yet none of them set out to do something so that they would be called a hero, they were simply responding in love to a situation that God gifted them to speak into. Even Jesus on many occasions rebuked those who wished to draw attention to him and chose to focus on what He was doing rather than who noticed. (John 6:38, Mathew 26:37-39, Mathew 1:43-44, Mathew 9:30) Why? I can only assume that drawing attention at that moment didn't achieve the purpose He was on earth for.

The lesson I've learned is that my value doesn’t come from the cause I embrace, because no single cause is going to save the world. If I set out to be the hero I will end up disappointed and useless, because the God I love tends to shower glory most on those who are not seeking it for themselves and He seems to get satisfaction out of using the least qualified candidates to be his victors.

I am finding peace in embracing the truth that God knows me by name, and has gifted me, but not  to be involved in every good thing. I'm embracing the truth that my life is still of value on the days when, though I am not feeding orphans, I am generous with my tip money for the minimum wage worker who made my lunch. My life is still of value when I am not calling Americans out to do something about our country's mental health crisis,  but calling a friend I know is struggling. My life is of value on days when I have not set foot outside the borders of my country but I have stood still long enough to praise the God who created the beautiful mountains, trees, and souls that surround me each day.

This may not make sense to those struggling with complacency; I recognize the real temptation that attitude has on many lives, though it is not the struggle I wrestle with most. I have spent time in places where my heart breaks for the starving and sick; where one American's coffee budget could change the life of an entire family in poverty. I myself have been fueled by anger at the lack of compassion my culture often shows, because they don't even understand how wealthy they are, but that's a topic for a different blog post. I know there there is so much more to be done in this world than we give our schedules or pocketbooks credit for, but I think there is equally a problem with trying to take on the world's problems in a day. This is a call for those who are so distracted by the business of making  a difference that they forget the most important obligation of doing your own part well. 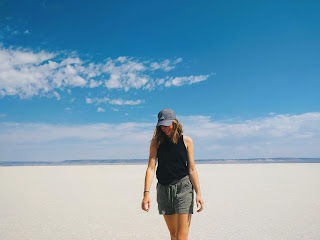 *If this is familiar to you that's because I posted it in 2016  years ago on my private blog. 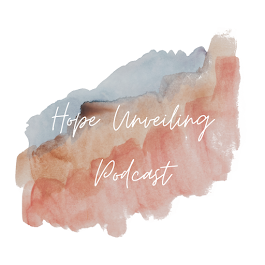 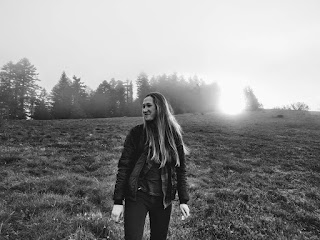